Loneliness: Is it time to talk?

Loneliness can blight the lives of anyone, even people who seemingly have active social lives, successful careers and stable personal relationships. The simple reality is that we can be lonely anywhere and anytime. Loneliness is not always just a state of mind either. For some people, loneliness is an absolute physical and emotional reality that can be as debilitating as many physical ailments.

Go through any anthology of songs and look up ‘lonely’ or words derived from this adjective: there’s a lot. Like love and affection, loneliness is a rich source of inspiration for songwriters. If you widen your scope to consider the experience of loneliness more generally, you’ll see it in all kinds of places. One notable but problematic spin-off from the advances in medical science in many societies is the rise of the isolated elder. At the other end of the age scale, major demographic changes in some cultures have seen the rise of single person households amongst younger adults. As we often hear, younger adults can find solitary living to be alienating and lonely, even in urban environments. Beyond demographics, traumaticevents such as the bereavement of a loved one or redundancy can puncture your certainties, often leaving you feeling cut off and desolate.

I’ve presented these examples just to give a flavour for how pervasive loneliness can be. Of course, some people can overcome the potential difficulties that I’ve described. Many elderly people and others who live on their own enjoy fulfilling lives. Some people have the support and fortitude to help overcome loneliness. However, many people struggle with the painful experiences that loneliness can inflict on them and do not have the tools to resolve this problem on their own.

If loneliness is an anti-social toxin that can damage lives, how can we challenge it? One approach is simply responding to loneliness in another person and offering some form of appropriate assistance. They could be anyone; an anxious colleague, a recently bereaved friend, an elderly neighbour. Obviously, even the most sensitive intervention won’t resolve every aspect of someone’s loneliness, at least not immediately. And there’s every possibility your approach may end up being rejected, even resented. But surely action is a better option than inaction?

Gil Scott-Heron, the late American writer and musician, once outlined part of his personal philosophy, which went something like this: if you are able to help someone who asks, why wouldn’t you? There’s a straightforward but profound humanity at the heart of this outlook and we could all do well to abide by it. Who knows? One day, you may benefit reciprocally from such an approach yourself.

Back to News and articles 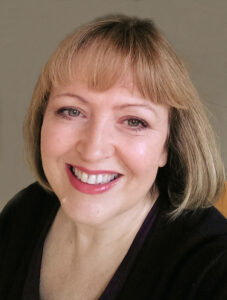 Jeanette Cowley is the CEO of Go For Growth. She is a London and Kent based mediator, team and executive coach who is often called on to moderate on-line sessions and speak about negotiation and personal presence. Jeanette has many years of commercial experience, culminating in the role of Group HR Director for a FTSE 100 business. She is a pioneer of using art in business to unleash the creative mind, accelerate success and deepen self-awareness. Jeanette’s current research into how senior executives sustain momentum, builds on work she carried out at Henley Business School. Jeanette is the creator of Voicing Possibilities Art-based Coaching Cards. These cards are used by meditators, coaches and consultants to help clients and individuals decide if, how and when to move forward. Contact: jcowley@goforgrowth.com

A Selection Of Our Clients

Sign up to our quarterly newsletter for links to interesting articles, ideas to support your career and information about the use of Voicing Possibilities Coaching Cards